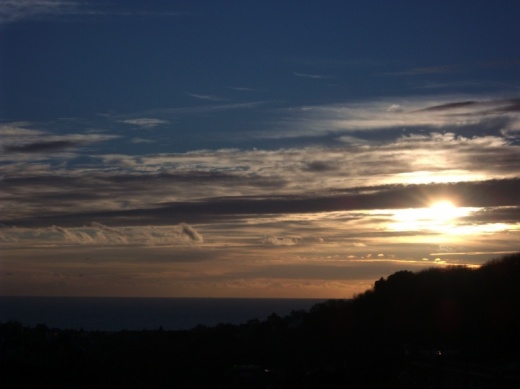 As the calm returns to my valley  and the smoke drifts out to sea, there have been a few positive  developments during the last couple of days. The best thing is that the residents have received a guarantee from the Council that what happened during the weekend will never happen again.

I am still feeling tearful and upset so I have returned to one of my favourite poets, Thomas Traherne, for comfort. Traherne was an anglican vicar with a love for science and the metaphysical. He was born in 1636 and  believed in the possibilities of multiple universes.  I like the way he uses the analogy of reflexions in a pond to describe  the proximity between different worlds, different realities. So close you can almost touch ..

Shadows in the Water

In unexperienced infancy
Many a sweet mistake doth lie:
Mistake though false, intending true;
A seeming somewhat more than view;
That doth instruct the mind
In things that lie behind,
And many secrets to us show
Which afterwards we come to know.

Thus did I by the water’s brink
Another world beneath me think;
And while the lofty spacious skies
Reverséd there, abused mine eyes,
I fancied other feet
Came mine to touch or meet;
As by some puddle I did play
Another world within it lay.

Beneath the water people drowned,
Yet with another heaven crowned,
In spacious regions seemed to go
As freely moving to and fro:
In bright and open space
I saw their very face;
Eyes, hands and feet they had like mine;
Another sun did with them shine.

‘Twas strange that people there should walk,
And yet I could not hear them talk:
That through a little watery chink,
Which one dry ox or horse might drink,
We other worlds should see,
Yet not admitted be;
And other confines there behold
Of light and darkness, heat and cold.

I called them oft, but called in vain;
No speeches we could entertain:
Yet did I there expect to find
Some other world, to please my mind.
I plainly saw by these
A new antipodes,
Whom, though they were so plainly seen,
A film kept off that stood between.

By walking men’s reverséd feet
I chanced another world to meet;
Though it did not to view exceed
A phantom, ’tis a world indeed,
Where skies beneath us shine,
And earth by art divine
Another face presents below,
Where people’s feet against ours go.

Within the regions of the air,
Compassed about with heavens fair,
Great tracts of land there may be found
Enriched with fields and fertile ground;
Where many numerous hosts
In those far distant coasts,
For other great and glorious ends
Inhabit, my yet unknown friends.

O ye that stand upon the brink,
Whom I so near me through the chink
With wonder see: what faces there,
Whose feet, whose bodies, do ye wear?
I my companions see
In you, another me.
They seeméd others, but are we;
Our second selves these shadows be.

I am sitting at the top of my garden with a glass of wine looking at this fabulous sky. A very fat wood pigeon is keeping me company, cooing softly.

I am a ceramic sculptor living on the South coast near London, England. My work is influenced by my experience of the earth as a living being and seeing how we are all connected with eachother and with the things that surround us. I create ceramic torsos using molochite clay which I often smokefire in galvanised dustbins. I also make House Gods to protect and amuse, and Fat Birds - little smokefired sculptures that tell the story about what it is like to be a fat bird at peace with its surroundings.
View all posts by Anna →
This entry was posted in Uncategorized and tagged anna keiller ceramics, Marianne Park, poet, sunset, thomas traherne, www.annakeiller.com. Bookmark the permalink.

lightning in the blood

Campaigning on roadbuilding and climate change since 2012

A Site of Beautiful Resistance

Garden of the Witch
Kester Reid

Letting out the strangeness

As I travel life's road, on my way home, I remember a time when I thought it was endless. Now I know it is not and I'm at peace with that.

A picture a day to keep the frowns at bay!

the great escape from every day life