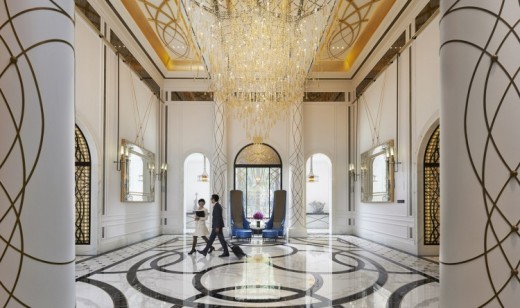 I was commissioned to design two arches for the main lobby at the Mandarin Oriental Hotel in Taipei a while back. The project was part of a two year hotel refurbishment, and the results were unveiled earlier this autumn.
I’ve only just been given this image showing both arches, so I thought I’d upload it and show it to you. 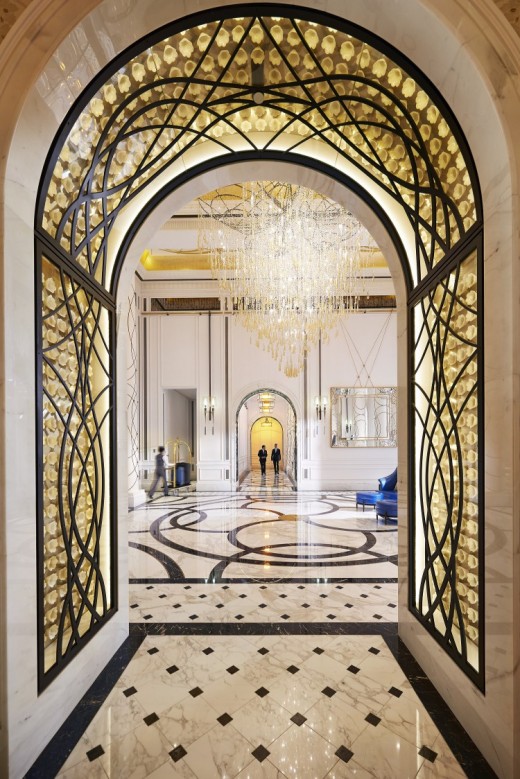 The brief started off as a request to design porcelain flowers for a ceiling, but money became an issue and we ended up with two arches instead. I only designed the molds; the actual porcelain flowers were produced at a pottery in China.

I wish someone would commission me to create a ceiling, though. Or a wall…! I would enjoy that.

I am a ceramic sculptor living on the South coast near London, England. My work is influenced by my experience of the earth as a living being and seeing how we are all connected with eachother and with the things that surround us. I create ceramic torsos using molochite clay which I often smokefire in galvanised dustbins. I also make House Gods to protect and amuse, and Fat Birds - little smokefired sculptures that tell the story about what it is like to be a fat bird at peace with its surroundings.
View all posts by Anna →
This entry was posted in Uncategorized and tagged commission, flowery arches, hotel, hotel refurbishment, interior design, mandarin oriental hotel, molds, porcelain flowers, pottery, pottery in China, Taipei. Bookmark the permalink.

lightning in the blood

Campaigning on roadbuilding and climate change since 2012

A Site of Beautiful Resistance

Garden of the Witch
Kester Reid

Letting out the strangeness

Author of Romance. Blogs about Scandinavia, Vikings and books.

As I travel life's road, on my way home, I remember a time when I thought it was endless. Now I know it is not and I'm at peace with that.

A picture a day to keep the frowns at bay!